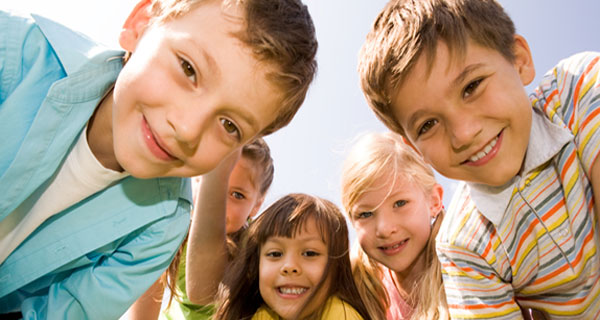 We all can appreciate that the stress of a marriage breakdown can take its toll on not only the parents, but most importantly the children involved. From our experience, most people can come to suitable arrangements in regards to parenting matters without the Courts intervention which in turn provides less stress to all involved. However, unfortunately there are parents who take the law into their hands without really acknowledging the serious repercussions. In most circumstances the motive behind their actions is to control the other parent and disregarding what really is in the best interests of the children.

This paper will deal with urgent applications, in particular, recovery orders and what is known as “PACE” alert applications.

In some circumstances immediately post separation, a parent will “run off” with the children without any parenting orders in place or any proper arrangements in relation to the children’s care, welfare and development.

What is a “Recovery Order”?

A recovery order is defined in s67Q of the Family Law Act 1975 which is essentially an Order from the Court requiring the children to be returned to a parent of the child, a person has parental responsibility in relation to the children or to a person who has an existing parenting order that provides for a child to live with or spend time with that person.

This therefore extends to not only the parent with whom the children are currently living but to parents who by law have parental responsibility for the children.

In the event that a parent absconds or removes the children from the children’s usual surroundings, the other parent will usually have standing to bring an Urgent Application to Court for a Recovery Order. If the Court is satisfied that the children have been removed unilaterally by that parent, the Court can Order that parent and the children to return by a certain type (usually within 7 days) and in the event of non-compliance, that a recovery order issues. This will involve an Order to authorise or direct a person or persons, such as State Police Officers and the Australian Federal Police to take any appropriate action to find, recover and deliver the child/ren to the other parent (usually the parent who brought the Application).

Who can apply for a Recovery Order?

After a couple separate, it is understandable that both parents become very emotional and make wrong decisions that can, and in most circumstances, will have detrimental effects that ultimately affect the children. Before separation, it is wise to discuss the arrangements regarding the children to prevent any applications of this nature being brought by the other parent.

How do I apply for a Recovery Order?

You should first seek legal advice from one of our dedicated family lawyers. We can evaluate the situation for you and advise you as to what avenue you should proceed with.

You should bear in mind the legislative changes that have been introduced in regards to parenting matters. It is now a requirement that both parents participate in Compulsory Family Dispute Resolution and make a “genuine effort” to resolve the dispute before commencing any Application in Court regarding Parenting matters. If negotiations are unsuccessful, and provided the parties made a genuine effort to resolve the dispute, then a s60I certificate will issue. This certificate is required to be attached to an Application for Parenting Orders to show the Court that the parties have in fact attended Compulsory Family Dispute Resolution.

However, there are exceptions to the requirement of a s60I certificate. The exceptions are:

In the event that we believe you should commence an Application for a Recovery Order, we would seek an urgent hearing and rely on the exception of “urgency” to proceed without the s60I certificate. We are of the view that you should include in your affidavit material that you are prepared to attend compulsory family dispute resolution at a later stage (usually after the children are returned).

What is the process?

Firstly, you should meet with one of our experienced family lawyers for advice.

We will then prepare your Application for a Recovery Order and obtain a statement from you regarding the relationship history, the parenting arrangements since separation, attach any orders that have been contravened and state the urgency of the matter.

We will then ask for an urgent listing of the matter and in the writer’s experience (the Court will usually list the matter, if it is in fact considered urgent, within approximately 7 days).

Contact your Journey Family Lawyer to know where you stand.

Given that Australia is a very multicultural country we can all relate to the ever-increasing number of multicultural relationships. This often raises the serious concern that a former spouse may abscond with the children to another country without the other parent’s permission.

We strongly advise you to receive legal advice as soon as possible if you are concerned that your children may leave the Commonwealth of Australia without your permission.

You can appreciate that different countries have different Family Law legislation and can cause serious dramas where there are significant disputes in relation to where a child or children should live. To ensure there is some consistency regarding the laws governing child abduction, there is what is called “The Hague Convention”.

What countries are members of “The Hague Convention”?

The list of Hague Convention countries is subject to change. However, the updated list (as at 1 January 2013), can be found here.

What are the Requirements for the Hague Convention to Apply?

The Hague Convention will only apply to countries that have voluntarily signed up to the convention. There are three important elements that need to be proved for the Convention to apply and they are:

Although a Country may be a signatory to the Hague Convention, I’m sure you will agree that if there was a process that could prevent the children leaving in the first place, you would definitely exercise that option. Well, there is and that process provides for a child or children to be entered onto an Airport Watch List by an Order of the Court.

I have concerns that my children may be removed from the Commonwealth of Australia without my consent – what can I do?

First, you need to seek urgent legal advice from one of our experienced family lawyers. We can prepare an urgent application to the Court asking that the names of your children be placed on the Airport Watch list. Of course, the Court will need to be satisfied that there is a serious risk of removal of the children from outside the Commonwealth of Australia. These types of Applications will usually proceed ex parte. This is because the best interests of the children are the Court’s paramount consideration and given the recent family law amendments, there is now a presumption of equal shared parental responsibility and the children do have a right to have a meaningful relationship with both parents.

If a Court is satisfied, the Court will make an Order by directing the Australian Federal Police to place the name of the children on the Airport Watch list.

What if my former partner and I consent to the children temporarily travelling overseas but their names are still contained on the Watch List?

The children’s names may only be removed from the Airport Watch list with a Court Order. That Order will discharge the Order or the Specific Paragraph which initially restrained the party from removing the children in the first place.

The Court can make Orders which will allow the children to travel for a certain period of time with one of the persons concerned. We advise that you should have these details organised with your legal representative.To know more, please do not hesitate to contact your Journey Team to know where you stand.
– Journey Family Lawyers.

22 responses to “Children and Recovery”

What is Property Settlement? When a marriage or de-facto relationship is over, t...